‘Never shall a poet, young or old,
thrown into despair
by those great gold-coloured tassels
dangling from your ear
love you for yourself alone
and not your yellow hair.’

The laburnum, laughing, shook and shook her hair
flamboyantly, till all its glory was gone
in a matter of days
and ‘Love me now for these grey tassels,’
she commanded, ‘where my futures ripen,
poison for some, posterity for me.’

And I was going to do just that,
magnify the goddess’s great grey tails
puffed with the pride of her seeds,
her bark too, speckled and radiant,
tight over her shapely haunches,
free from the teeth-marks of greedy ivies,

when moving into the living-room,
my eyes fell casually on a newspaper
spread-eagled on a settee, and thunder and lightning,
‘Serb ordered man to rape his dead mother’, I read.
The woman was shot first, after being stripped,
then her son, who was howling so much

that the living had to close their ears
in that camp in north-west Bosnia four years back.
She had brought food to her son, and if indeed she was
in her mid-thirties, as the report suggests,
the son would have been a teenager
or at the most twenty or twenty-one.

Imagine the tension that gripped the guts of that man
as he saw his mother shamed, shot, then heard
the ghoulish command, and knew his life was at an end.
Prisoner, boy-man, helpless as a girl-child,
he slumped against his dead mother,
seedpod squashed against felled tree.

The sky darkens with a summer thunderstorm
and lashings of sweet rain swathe the great laburnum.
She thrashes her grey hair, sad mother, rood who has seen it all:
‘Not the first time that such a thing has happened,
nor will you be the last
to praise my yellow hair or moan such events.’

Surely it’s the plurality
of such horrors that horrifies the most:
not just a demented someone’s one-off brutality,
but evolving, self-improving, replicating
with the zing and zest of bark, and rind, and seeds,
though one such horror is enough.

Can it have a purpose – this ever-gathering strength
of sneer over innocence? Why does it snowball?
Is it compost to kick to defiant growth
our dark vegetal virtues, and make them tall?
Or mere abstract pattern, where we find meanings,
read what we need to, act on it, create all?

They repeat themselves – our perceptions of patterns.
Yearly renewed, a licence of despair
weaves into poetic gold the laburnum’s yellow hair.
A mother bakes bread and brings it down the hill
to a valley where her son is a prisoner. She sits still
for a while, as he eats, and licks his hair with her eyes.

A few screams cleave the skies, and we are killed.

[From: Memories of Argentina and Other Poems, Virgilio Libro, 1999] 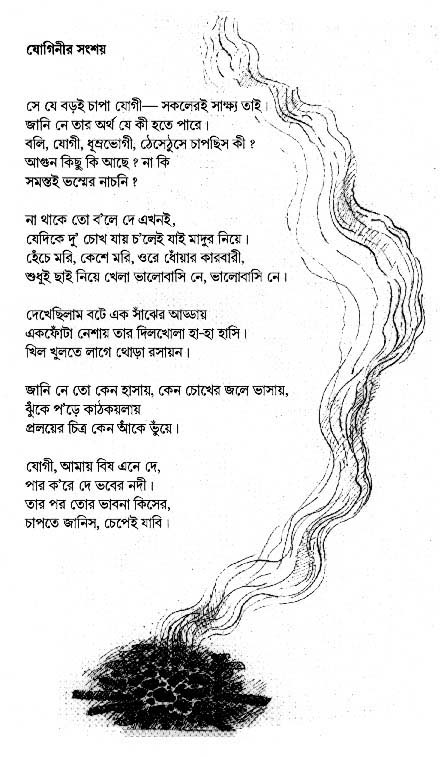 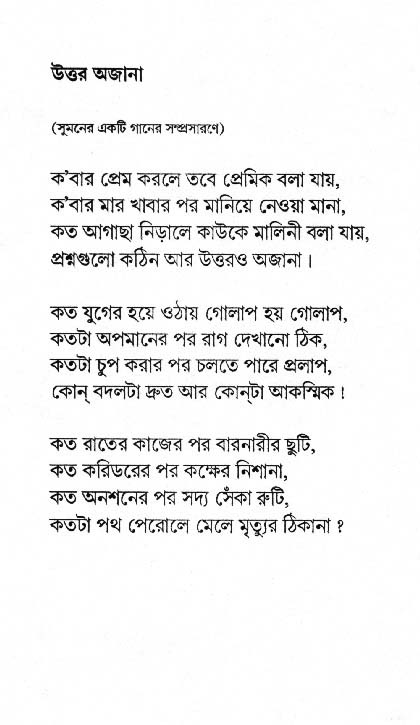