A Various Universe: The Journals and Memoirs of British Men and Women in the Indian Subcontinent, 1765-1856, Oxford University Press, Delhi, 1978; reprinted: 1980. (Book based on doctoral work at Oxford.) New edition with a new preface, 2002.

Ed., with Pauline Burton and Shirley Ardener, Bilingual Women: Anthropological Approaches to Second Language Use, Berg Publishers, Oxford & Providence, 1994. Distributed in the USA by New York University Press. (There is a paper here by me entitled ‘Forging a Bilingual Identity: A Writer’s Testimony’.) 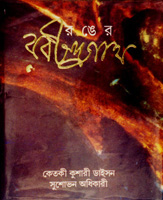 Ronger Rabindranath (mainly in Bengali, an interdisciplinary study of Tagore’s protanopic vision and his use of colour in his writings and art, in collaboration with Sushobhan Adhikary, Adrian Hill, and Robert Dyson), Ananda, Calcutta, 1997. (Winner of the Suresh Sarkar Memorial Ananda Prize, 1997) 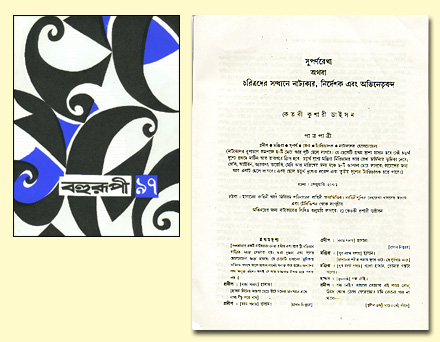 Suparnarekha (Bengali play), in the theatre magazine Bohurupee, no. 97, May 2002.

In That Sense You Touched It (English poems), published as a double-decker poetry volume along with Lakshmi Kannan’s Unquiet Waters, Sahitya Akademi, Delhi, 2005 (published as part of a Golden Jubilee project of Sahitya Akademi).

Ei Prithibir Tin Kahini (three earlier works revised and reissued in an omnibus edition: Nari, Nogori and Noton Noton Pairaguli, both of which had been out of print for some time; and the story ‘Vassily’, published in Desh in 1999 and not available before in book-form), Chhatim Books, Calcutta, 2006.

Tisidore, (Bengali, multi-genre), with literary discourses on two of Bengal’s major authors from the twentieth century, Jibanananda Das and Buddhadeva Bose, and documentary material from English life, within a fictional framework set in England, Ananda Publishers, Calcutta, 2008. In 2009 this book brought me a trophy for being the ‘Best Bengali of the Year in Literature’.

Ekabingsha Shatabdite Rabindra-charcha o Anyanyo Probondho, a collection of essays and reviews on various topics, including some with a connection to Rabindranath Tagore , published by Ebang Mushayera of Calcutta in September 2010.

Contributions to The World of Twilight (Selected Works of the Bengali poet and critic Sudhindranath Datta), Oxford University Press, Calcutta, 1970.

Night’s Sunlight (translation of my own play Raater Rode, with Translator’s Prologue), produced in 2000 as part of the Millennium Festival, Virgilio Libro, Kidlington, Oxford, September 2000.

Tagore Beyond His language. Proceedings of a conference in held Budapest, 2012

Translations of my Work

Kalkutta, a selection of my translations of poems by Buddhadeva Bose translated into Finnish by Hannele Pohjanmies.
Contact details:
Anyone wishing to contact me should e-mail info@ketakikusharidyson.org